Tech communities - the business case, and potential side effects

Recently, tech communities such as The Embassy Network have been getting lots of press attention.  These may well be some of the first instances of modern upscale communal living- a significant development, as it could be the first step of the mainstreaming of communal living.

The adoption of new ideas or products often begins with "innovators" - typically people who are young, well educated, wealthy, and willing to take risks.  These folks have the cash and the capacity for risk to handle the inevitable challenges and failures of testing out new ideas.

Once something starts to catch on, a larger number of "early adopters", who might have less wealth to risk but more social connections, spread the word to the majority of the population.

Tech communities - just for some, or the start of a trend?

Software engineers and other tech workers certainly fit the description of innovators.  However, for all the hubbub, it's important to note that they did not invent modern communal living.  Students, religious communities, immigrants, queer people, and punks have all formed self-governing residential communities.  A few factors that work in their favor include:

Tech workers are unique in that they actually have abundant cash.  However, the tech community has a lot in common with college students, and crucially, many tech workers are recent grads.  The "sense of purpose" factor is also important - at tech communities I've visited, there were a lot of startup and founder types, and no so many rank-and-file coders from large companies.

Tech communities - the next sharing app?

Housing's capital-intensive nature has limited the formation of large scale communities.  However, here is where the tech industry's capital-light approach could come in.  Similar to how startups like AirBnB or Lyft provide large amounts of short-term housing or transportation without having to own any rooms or cars themselves, a communal living startup could get started by master leasing houses and entire floors of apartment buildings.

If it does scale up, there are several social issues on the horizon.  Currently, except for the Berkeley Student Cooperative, every community (of all types, not just tech communities) I've encountered has an extensive and very competitive application and interview process where existing residents choose new ones.

However, our entire system of rent control and fair housing is based on the idea that individuals and families individually lease or buy apartments from developers and landlords in a purely business transaction.

Unlike other groups that currently live communally on a large scale, most tech workers don't have to personally deal with gentrification or housing discrimination, and may lack knowledge on the subtleties of these issues.  At one tech community I visited, the residents were all white or Asian, and there were no children or senior citizens.  Policy, either at the community or government level, will be needed to avoid entire neighborhoods from turning into equivalent of an exclusive college or social club.
Posted by alfred at 4:32 PM 2 comments:

Dunbar's number revisited - why 70-80 people is the max size for a community.

When the question of how big a community should be, a number sometimes given as a maximum is 150.  This is Dunbar's number, a suggested limit to the number of people with whom one can maintain stable social relationships.

In the Berkeley student co-ops, houses with 50-70 residents often have the strongest house cultures, while the two houses with 120-150 people are so large that residents don't know all their housemates. This pattern also appears at the Austin co-ops, and may have been an issue at Pacifico in Davis as well.

It is worth noting that Dunbar's number was originally derived from pre-industrial farming villages, where the community involved not just living together, but working together.  Members of such a 150-person community would not have outside jobs or social contacts outside of the 150.
Posted by alfred at 3:38 PM 3 comments:

Now, developer Build Inc. is proposing a 400 person group housing complex at 1532 Harrison Street in the South of Market area of San Francisco.  The facility layout is as follows:

Below is an image of a typical "house" from SocketSite.

A few thoughts on the economics of this project:

- This building is significantly wider than your typical apartment building.  Building codes require windows in bedrooms and living rooms.  This is significant as often the number of rooms in a building is not limited by the size of the land, but the width of the land.

Interestingly, the wide floorplate of this kind of group housing layout is very similar to that of mid-20th century glass box office towers.

- Group housing such as 1532 Harrison virtually eliminates corridors, which cost money to build but can't be sold/rented.

- The real biggie is parking.  Outside of downtown, San Francisco zoning usually requires one parking space per apartment, but requires none for group housing.  This is a San Francisco only thing - in places like Oakland and Berkeley, every two bedrooms in a group housing building requires a parking space.  Parking spaces take up 300 square feet each - the same size as a studio apartment, but a parking space only rents for $200-400 a month, while a studio apartment can go for $2000.
Under SF zoning, 1532 Harrison isn't group housing though, as SF zoning defines dwelling units as "A room or suite of two or more rooms that is designed for, or is occupied by, one family doing its own cooking therein and having only one kitchen".  Those mini-kitchens, though small, are still kitchens.  So this is really a building of studio apartments.  Nonetheless, it is still an unusual building, and as such, Build Inc. has had to apply for a conditional use permit in order to not provide parking.  (edit 12/8/13: parking appears not to be require for this area).


Operational issues, or why kitchens are critical:

- No information so far on how 1532 Harrison will be operated.  Will rooms be leased/sold individually, or will each of the 9-room "houses" be leased/sold to a group?  Since each bedroom suite has its own mini-kitchen, under fair housing regulations, each is its own housing unit.  Unlike 9 people sharing a large single family house, residents of one of these 9-room "houses" would not be able to evict someone in their house if they didn't like them.  The big shared living room and kitchen would effectively be treated as an apartment building community room and lobby, even though in reality the role would be different.

- The big difference between this and the classic residential hotel is the division of the building into "houses" of 9 bedroom suites.  This creates communities of manageable size within the larger community.

Kitchens, Parking, and Resident Selection - a summary for most parts of San Francisco:

Individual mini-kitchens + large shared kitchen
Shared Kitchen Only
Given the controversy surrounding these types of buildings, it will be interesting to see if 1532 Harrison is able to get the conditional use permit for not having parking.  Without the CUP, either half the building would be a parking garage, or the mini-kitchens in each bedroom suite would have to go.

December 8, 2013 update: clarification on the parking issue and the potential use as student housing:
- It appears that parking requirements for this particular area allow zero parking spaces even if the building has studio units with kitchens.
- Comments on SocketSite suggest that this building may be marketed as student housing for CCA, Academy of Art, or other nearby colleges that currently have more students than dorm beds.  Students have been one of the largest users of shared housing historically, more thoughts on this in a future post.
Posted by alfred at 11:13 PM No comments: 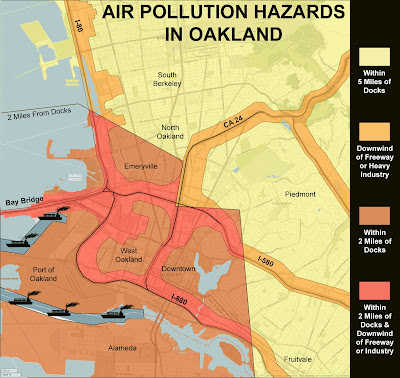